In the rain without a water pipe.

I got up as soon as I became aware that it was raining, at 03:15 this morning, for the MV trap was located last night in the "garden" at Cwmllwyd and I had not set up the brolly to save moths outside the trap from a soaking. I knew that rain was likely, but it was about three hours earlier than forecast.

The trap attracted 209 moths and there were ten FFYs among the 58 species identified so far, with a couple of micros still to name. In roughly the order in which they came out of the trap, the FFYs were: Common Lutestring x4, Peach Blossom x4, Small Fan-foot, Dark Spectacle, Heart & Dart, Green Arches, Beautiful Snout (not seen that one before (is the name an oxymoron?)), Plain Golden Y x2, July Belle and Dark Brocade. Several of these are illustrated below - confirmation for some would be much appreciated: 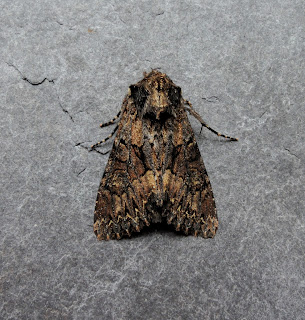 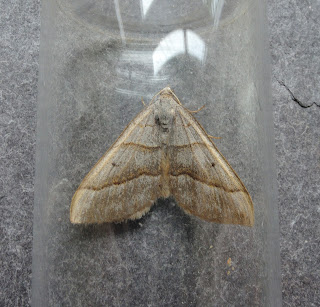 July or Lead Belle? It has a very weak  cross-line near the base and an even weaker one closest to the termen. There's no dash at the apex, while the marks in the cross-band are a comma and a dot. They are quite central in the cross-band. I've called it July Belle, but would be happy to be corrected. 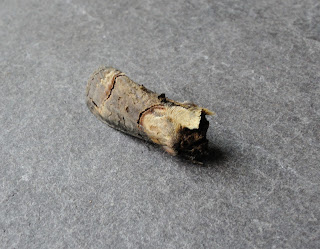 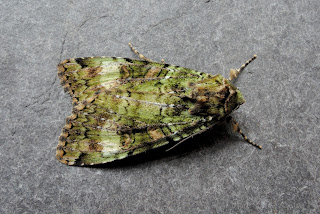 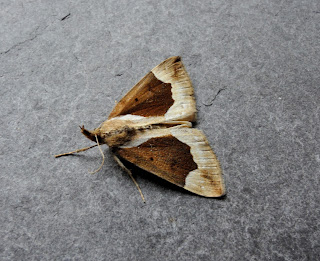 Beautiful Snout, elated with that one!