Mike Harper has sent this superb photo that he took of a hummingbird hawk-moth in his garden at Hendy in SE Carmarthenshire; it was seen on 17th & 25th June. 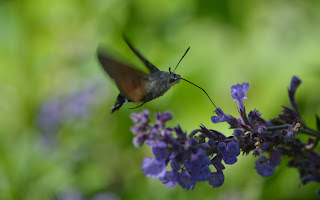 Mike has also recorded and photographed a white-letter hairstreak at Hendy and his photo is shown below: 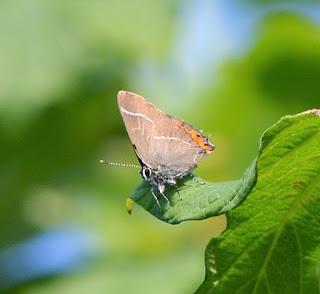 Above: white-letter hairstreak - Mike had two individuals in his Hendy garden on 20th June and five on the 21st.
Posted by Ian Morgan