I`ve just been going through some `record shots` that I took at c 5.00 am this morning of some moths `to be identified later` (as well as some moths which I knew what they were, but could n`t remember their names!). They were from my garden trap (13/6).
Anyway, the moth below is a `good one` -  a grass wave, a species that was thought to be confined to Pembrey in our county, but which probably also occurs along adjacent coastal areas. It is confined to Gower in Glamorgan. 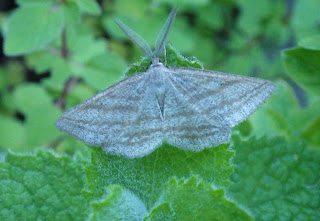 Above: a slightly blurry photo - it flew off immediately after I took this sole shot. 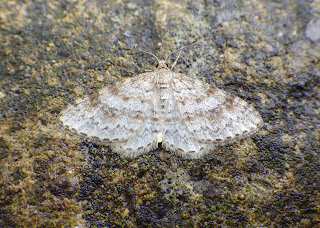 Above: and another local moth, a rather better-behaved waved carpet, probably from wet alder/birch woodland below my garden.