A return to Troserch Woods

I felt like doing some recording in the relatively under-recorded SN50 last night (Sat 17/6) and decided to re-trap at the northern part of Troserch Woods at Graig-fach. I also did some `dusking` at Llangennech saltmarshes - where a `good find` was made (of which more later) and trapped at home where numbers and variety were less than the previous night.
Some 55 species were recorded, the majority in one of the two actinic traps, left in situ from c 9.30pm to when I returned at c.5.30am. 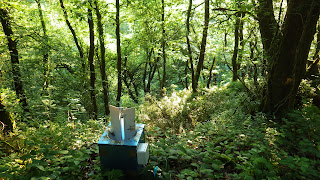 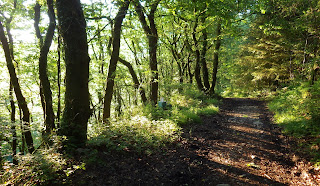 Above: two views of one of the two mobile, battery-run actinics left out overnight, overlooking a very steep, oak-bilberry wooded cwm (where Sam once found some scarce bryophytes and the only place where I`ve found the ancient woodland slug Limax tenellus in Carmarthenshire). You`ll have to `click on the pic` to enlarge the second photo, so that you can spot the trap! 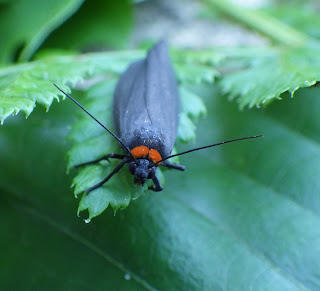 Above: a couple red-necked footmen were caught in one trap. 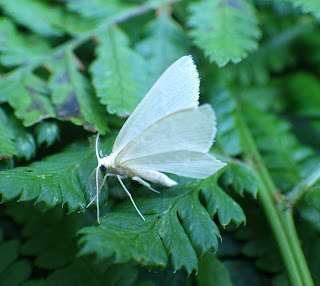 Above: little emerald, a scarce species which is new for me. Look how plumose the lower parts of the antennae are - click on pic to enlarge. 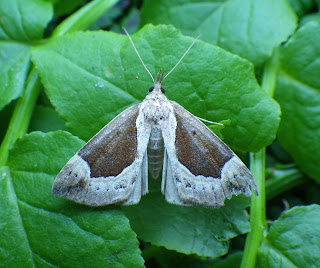 Above: beautiful snout, slight battered after presumed overnight bashing around in the trap;  a bilberry feeder. 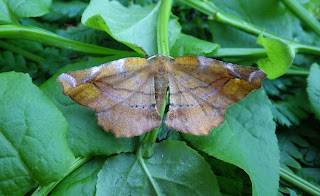 Above: lilac beauty, with its peculiar wing folds. Always nice to see. 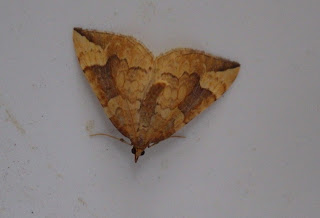 Above: northern spinach, another bilberry feeder which was quite numerous in the two traps - a total of 13 individuals. 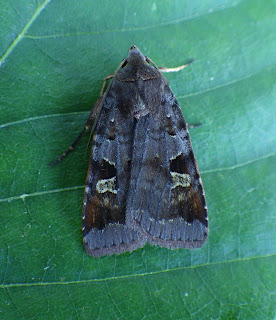 Above: purple clay, a rather thin-on-the-ground noctuid, seen in small numbers.

Other moths included double-line, common lutestring, Brussels lace, gold swift and waved carpet (7 of latter); also various conifer-associates such as barred umber, bordered white and tawny-barred angle. I was hoping for bilberry pug but, seemingly, they are not out yet. I`ll try again in a fortnight if I have time and the weather is suitable.
Posted by Ian Morgan