Once more, the migrants must have been high-flying last night (14/6), heading for the hills around Maenol as, unlike Chris Handoll`s gem, nothing of a migratory nature turned up - not even a silver y! In contrast and without the need for the tremendous and appreciated effort made by Steve Clarke in the Mynydd Du hill country, an upland moth turned up at my very lowland (almost sea level) garden. It`s not the first time that a four-dotted footman has turned up, but they`re rare with me (unlike their confusingly similar namesake, the four-spotted footman, which is regular).
Otherwise, last night had the usual mix of mid-June moths, including the first double line of the season. 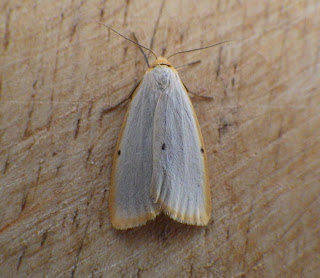 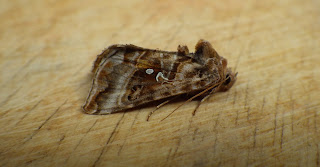 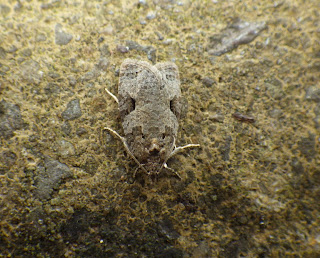