I was at a very sunny Pembrey Forest yesterday to undertake Butterfly Conservation's first monitoring visit for Grizzled Skipper, Dingy Skipper and Small Heath. Although it's still quite early in the season Grizzled Skipper was already flying in bigger numbers than were seen on any of the 2016 visits, which bodes well. Dingy Skipper numbers were fairly low but hopefully yet to peak. Small Blue is only just starting to emerge, with 6 seen in total. 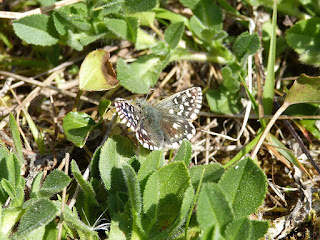 It was very encouraging to see that Pembrey Conservation Trust have done lots of habitat management work for butterflies over the winter months, including clearing pine brash off the best area for Grizzled Skipper. 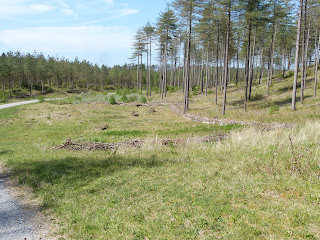 Other butterflies seen on the day included four Green Hairstreak, a few Small Heath (like Maggie, these were my first of the year) and far more Peacocks than I usually see at the site.
Posted by GMT