Got up at 03:45 to collect the trap from the alder grove at Cwmllwyd and it was obvious that there was a decent crew on board. Feeling somewhat tired, I decided to close the trap until later and I was back in my pit with a cup of tea by 04:30. The weather, as for everyone else, was absolutely horrendous, with continuous thunder claps and lightning so frequent that the sky was as bright as day.

Even so, 194 moths of 52 species were captured: at least 16 of these were FFYs. Nothing so spectacular as Chris with his Stripy, but some goodies nevertheless: 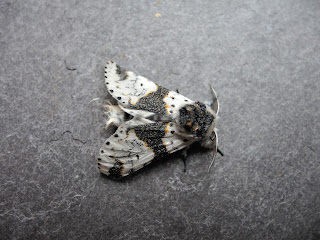 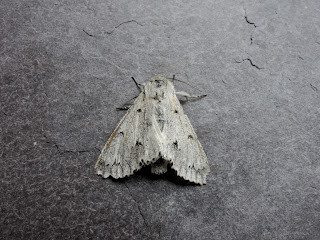