Warm and Damp, but Disappointing

The title sums up the results of last night's trapping session here, the first I've managed since 20th April.  However, the poor turn-out of moths (26 of 17spp) might have had something to do with the presence of several bats which have been performing antics right outside the lounge window - close to where one of my traps was sited - every evening this week.  My wife and I have been watching their performance, it's been far more entertaining than anything in the TV schedule!

The moths that escaped the bats' attentions included four species of Carpet - Flame, Devon, Spruce, and Sandy.  Devon and Sandy Carpets were particularly welcome since I've not seen them here very often. 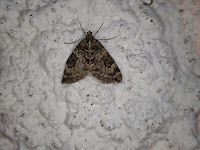 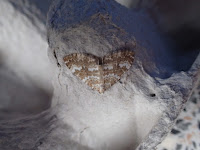 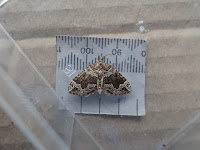 Other species of note were a very large female Pale Tussock (no eggs have appeared so far), and a male Muslin Moth (possibly the mate to Jaqueline's female from the other side of the valley?) 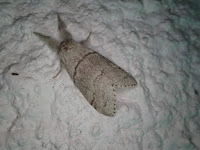 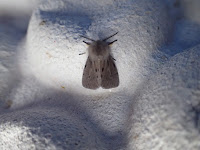