I trapped last night and turned up 19 species (with one geometer still in the fridge awaiting id).

In the bottom of the trap I found a tiny micro which proved surprisingly easy to identify because of it's distinctive shape and yellow trailing edge. It was poorly behaved and even with a 150 macro lens was hard to photograph, which is my excuse for a mediocre shot. 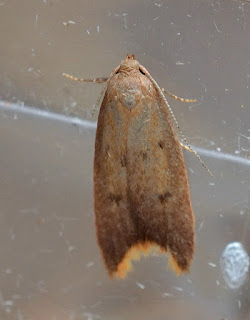 Amongst the others in the trap were a Lychnis - first for me. 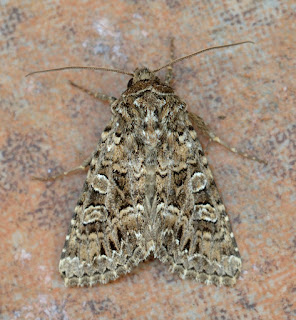 And two Small Phoenix, which I've found before but include here for it's fine markings. 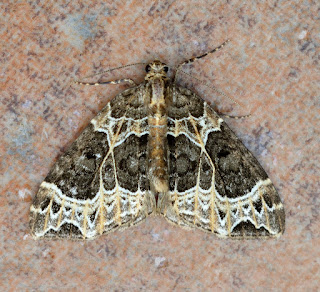