Further to GMT's comment on Chris Handoll's post about day flying moths,  I thought that I would mention that Glyphipterix simpliciella is quite abundant at Cwmllwyd, too. 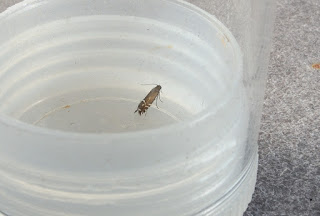 The Micropterix calthella population has reached very high levels after a slow start, with a new record for the site of 15 of them in a single buttercup flower! Nettle Taps  are rising in clouds now from nettles, as well. Eupoecilia angustana, netted in the lane, was a FFY and a first for me: 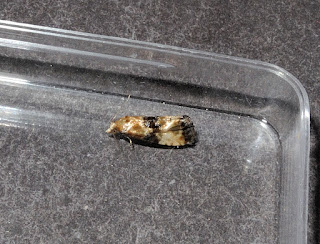 Slightly larger, a couple of these Wormwood Pugs (?) were netted last evening: 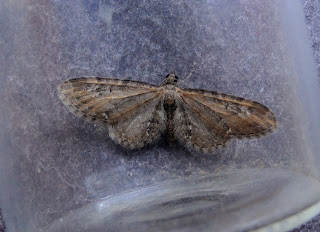 The MV trap will be working its magic here tonight.
Posted by Steve Clarke