It was such a warm and windless evening on Thursday that (despite the prediction of rain), I decided to set up the MV in the alder grove at Cwmllwyd, once again. The forecast was correct: in fact we had a veritable downpour for most of the night! At five a.m. all the egg trays outside the trap were found to have metamorphosized into shapeless papier-mache blobs. Only two moths were discovered outside the trap. Nevertheless, inside the trap conditions were much better and 54 moths of 23 species had sought shelter there. There were eight FFYs: Broken-barred Carpet, Barred Umber x2, Small Square-spot, Broom Moth, Silver Y, Semioscopis steinkellneriana, along with - 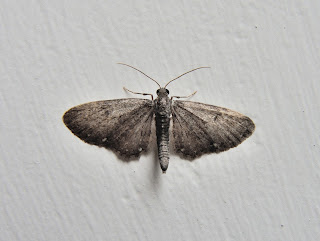 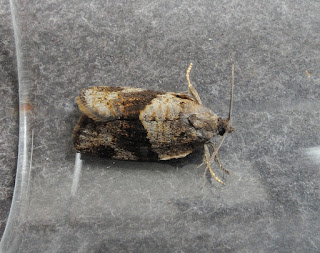 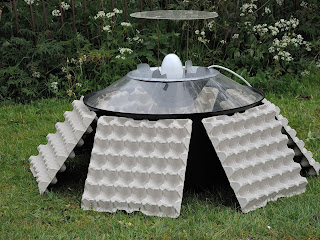