The best night of the year so far, the MV trap and the 15W Skinner actinic trap together yielded a total of 76 moths, 38 spp., which is a very good result for this location.  The most abundant species were Buff-tip, Peppered Moth, Nut-tree Tussock, and Small Square-spot.  Notable visitors were the first Elephant Hawk, Lobster Moth, Cabbage Moth, Alder Moth, and Dark Sword-grass of the year - the latter being the only migrant species caught.  Two micros appeared, Pseudargyrotozoa conganwana and Bactra lancealana (I think). 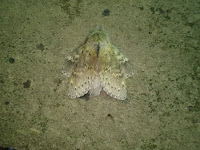 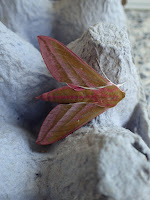 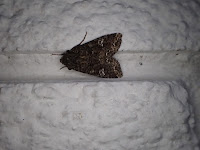 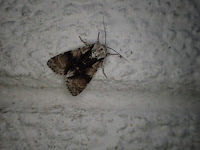 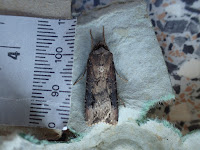 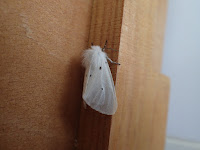 Two Muslin Moths entered the traps, one male, one female (no eggs so far!)  I caught another female Muslin Moth in the garden this morning, some distance from the trap sites.  Muslin Moths seem to be having a good year.  I also saw the first Silver-ground Carpet of the year in the garden. 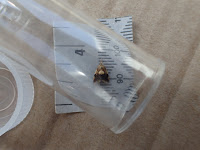 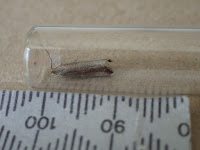 I catch more micros in my woodshed than in my traps!  Sadly the shed is in a sad state of repair, I'm thinking of applying for a Council grant to refurbish it on the grounds that it's a haven for wildlife.