In a leafy suburb of west Llanelli, two actinics were left overnight (30/5), one of which malfunctioned. A rather bland (compared to my Pwll garden) mix of c 25+ species, the best of which was another spotted shoot moth Rhyacionia pinivorana. 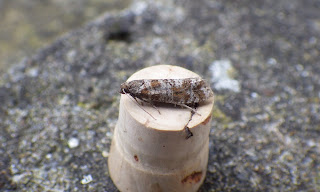 Above: last night`s rather docile Rhyacionia. 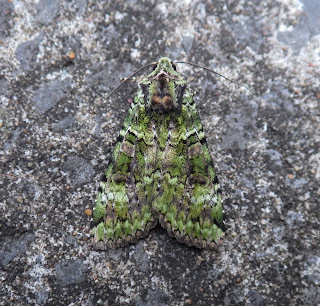 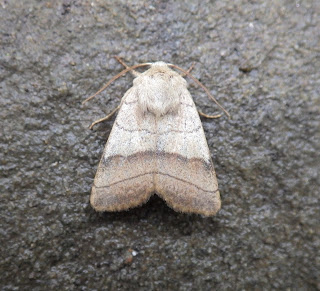 Above: one of Steve Clarke`s `desires`, a rather unusually-marked treble lines. This species is common in the Llanelli area.
Posted by Ian Morgan