I put two actinic traps out last night when conditions seemed very favourable: mild, still and overcast. The larger of the two actinics currently has a green synergetic lamp which Paul batty suggested I try out a few years back, and which gave some reasonable catches last year. 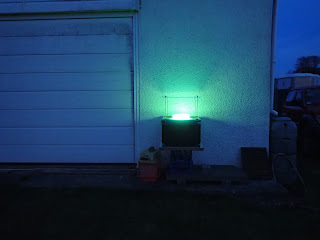 However, not so last night, only 8 moths of 5 species in and around the trap, and 4 more moths attended the small trap stationed at the other end of the garden.  Species recorded: March moth, Engrailed, Early Thorn,  Quakers Small, Common and Twin-spot, Clouded Drab, and Early Grey. The latter species seems to be particularly abundant this year.

Yesterday the good old potting shed yielded two moths, another Mompha divisella, and a new one (both for me and the shed), Caloptilia stigmatella: 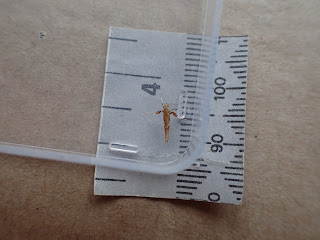 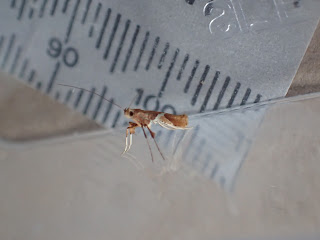 Yes, it's those London buses again, you wait for ages for one and two come at once.  It applies to moths as well, a second Caloptilia stigmatella turned up in the woodshed yesterday afternoon.  Apologies for the poor image but it was late when I got around to photographing it. 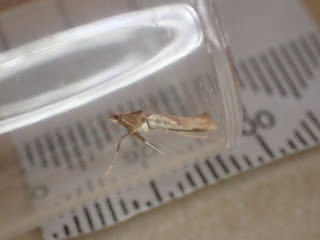 I won't clog the blog with any more photos of this species - that's a promise!
Posted by Chris Handoll