I put out the garden traps at Pwll for the third consecutive night last night (Fri, 10/3/17) and the assemblage differed from the previous two nights, with more micros and several macros (eg pine beauty, early thorn, red chestnut) that were not seen on the earlier occasions. Twenty-two species in all were noted. Three yellow-horneds were in the traps. 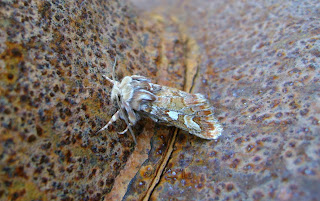 Above: pine beauty. This moth may be now breeding on pines in and around the garden, rather than wandering from a nearby Scot`s pine-clad hillside. 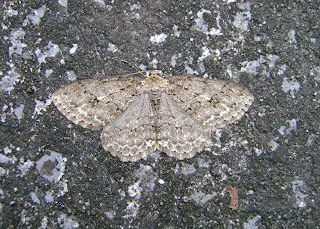 Above: three engraileds were caught.

I`ve got another actinic (in a different garden) to check and will re-blog if anything of particular interest is caught. Must rush...
Posted by Ian Morgan