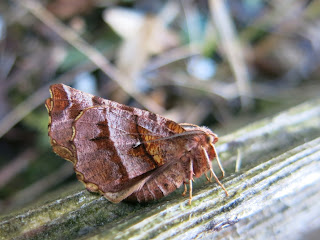 The Met Office show a southerly airstream at the moment and are talking about a 'heatwave', and the moths are certainly responding after a hopelessly cold start to 2017.  My records here at Cnwc y Llwyn, Brechfa (inland Carmarthenshire SN53) are still of late winter species, whereas Ian (coastal Carmarthenshire SN40) has been catching early spring Quakers.  On 16/2 the Cnwc porch light attracted 15 individuals of 7 species, including my first Mottled Grey and Oak Beauty of the year.  On 17/2 an MV at Cnwc produced 12 individuals of 8 species, with Chestnut and Early Thorn new for 2017.  The Early Thorn is the earliest Carmarthenshire record, beating a St Clear's Rothamstead record from 22/2/2007, and Cnwc & Tyrwaun records from 22/2/2008. 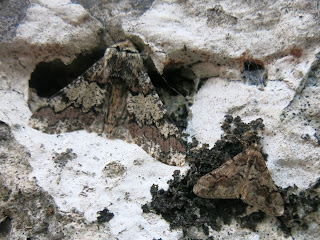 The other big highlight was a Dytiscus Great Diving Beetle in the trap.  I need to check which of the 6 British species it is when I return to Dingestow, but I hope that top side and underside photos will be enough for a positive ID. 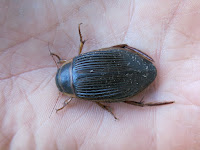 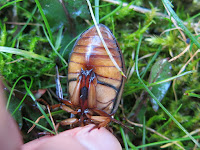