I had my first `proper trap` last night (Thurs 16/2) with one trap only set out in the garden at Pwll, west of Llanelli. I had 9 species in all (excluding a small brown and worn Acleris, which I discarded) and most of the moths, and hence the species, were recorded by searching around the trap (as per Sam`s advice in his last blog) rather than within it.
My species were: oak beauty x2, March moth x1, pale brindled beauty x2, dotted border x1, common quaker x1, white-shouldered house-moth x1, Caloptilia sp and Agonopterix sp. (the latter two to be checked later). I also had an early moth to my kitchen window.
There are some signs of spring - I had a tree bumblebee and several buff-tailed bumblebees in the garden on the 15th (and subsequently).
Time perhaps to dust off those moth traps, particularly as it`s getting warmer next week... Above: one of last night`s oak beauties. 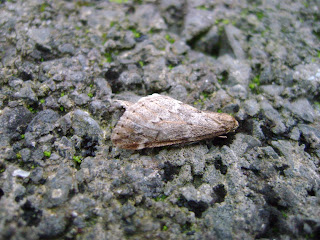 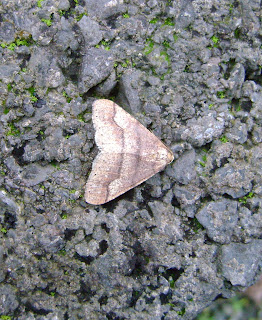