quite an Early Moth 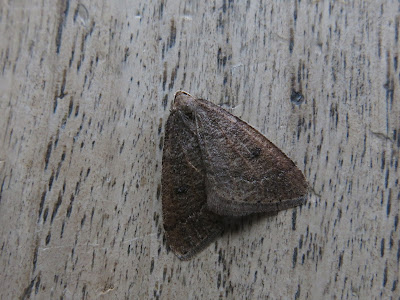 This Early Moth appeared at a lighted window at Cnwc on Saturday night (5/2).  I usually see this species in early March, and there's only one earlier Cnwc record (from 2/2/2011) out of 27 previous sightings.  Apart from Rothamstead records, there are only a couple of earlier ones in Carmarth﻿enshire - one from January 2016 (Graig) and one from 3rd February 1999 (Nantgwyn).  However, there were more than 20 specimens of Early Moth identified from the Rothamstead traps at Capel Isaac and Rhandirmwyn in late Jan/early Feb in the 1970s: evidence that constant Rothamstead trapping reveals patterns which opportunistic human recording cannot.