A quick, `in between jobs`, post. I had two traps out in the garden last night (19/2) with a limited variety of moths greeting me at first light. The MV had no moths at all, though a nice Acleris cristana outside the trap was compensation.
The actinic fared better, holding a mottled grey, a small quaker and three common quakers; an oak beauty was on an adjacent wall (and, somehow - my window was closed - a dotted border was in my bedroom). 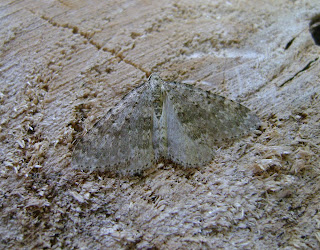 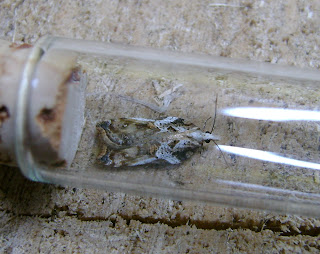 Above: a handsome Acleris cristana. 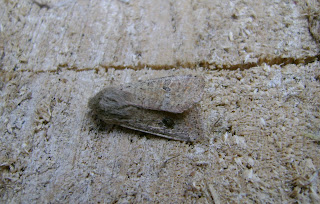 The very variable Acleris cristana is associated with blackthorn thickets and, talking of blackthorn, I noticed a blackthorn `look-alike` in flower along the coast road at Machynys, Llanelli this morning. It is cherry plum Prunus cerasifera, which some people mistake for the later flowering blackthorn Prunus spinosa.
Posted by Ian Morgan