Another interesting article by Barry Stewart in an old Glamorgan Moth Recording Group Newsletter (No 42, April 2000) relates to his search for moths known as `bagworms`, in the western part of Glamorgan and his finding of Luffia ferchaultella.
I`ve been out twice recently, unsuccessfully looking for the latter species, in early December and also on New Year`s Day, at Stradey Woods, Llanelli. Chris Manley (in his `British Moths`, 2nd Edition 2015) states that it can be `abundant on tree trunks in damp woods` and other sources mention old fence posts (or other wooden objects) or old walls where powdery grey lichens grow. The latter can be locally frequent, even in urban areas. Luffia is said to prefer `shady places` rather than tree trunks and walls etc in full sun.
As noted above, I`ve failed so far but remain optimistic as `early spring` (which I take to be March/early April) is said to be the best time to find the distinctive larval cases. This makes sense as the said cases are, by then, full sized (up to 6mm) and easier to spot. Also, Barry in his note mentions that he too was at first unsuccessful in his search but then found several on a sycamore trunk in his suburban garden!
Another species, Narycia duplicella, has been dicovered on sycamores in Cardiff but, as it has not been found (as far as I know) in western Glamorgan, is perhaps unlikely to be in Carmarthenshire. There are other species (often very localised or rare) of bagworms, some found in coastal habitats. I recall Sam finding one species on the South Gower cliffs a few years back, when he was surveying bryophytes (which bagworm species he had, I can`t remember). See the standard texts (eg. Sterling and Parsons` Field Guide to Micro-moths and Chris Manley`s book) for further details of other British species.
One bagworm I have found was Psyche casta, of which I spotted several on large limestone blockstones, just west of Pembrey Old Harbour last June. They have a `spiky` look to their larval cases, which are made of grass and rush stems. 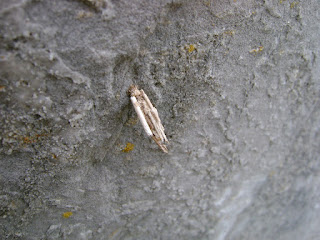 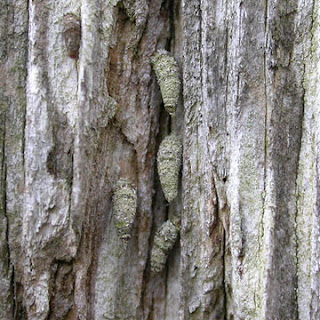 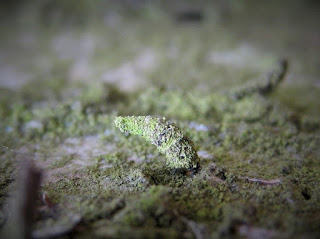 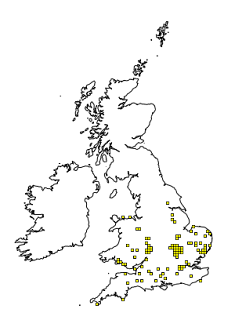 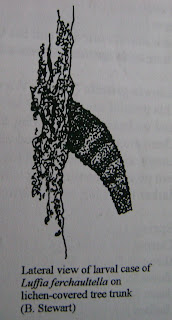 So, please do `keep your eye out` for these bagworms (and perhaps `swot up` for further information). Even if you do not deliberately search for them, it`s worth being aware of them in case of `chance finds` (as was my Psyche casta last year). Useful moth records can be made by day, as well as by light trapping.
Posted by Ian Morgan