Worrying news at the end of the butterfly year

The summer species of butterfly have fared badly on Ffos Las this year with some species which have done quite well in previous years, such as the wall brown being totally absent.

Speckled wood numbers are about the same as last year, but the individual below didn't make the count! 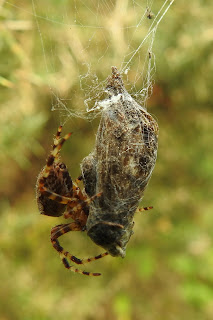 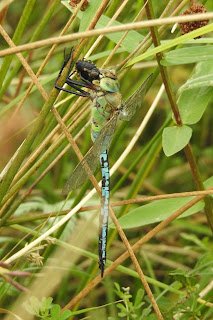 Above an emperor dragonfly also enjoying an autumn feast 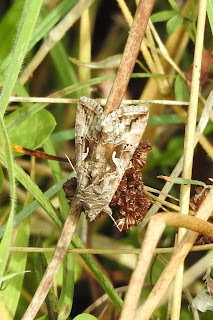 Daytime moth numbers are also down this year except for silver Y which I have seen more frequently in the late summer, flushed by the dog on our walks. I even saw 3 on the same day on 15th September. The above photo taken 29th September.﻿
Posted by Maggie James