I put out two traps once more in the garden last night (8/10) and, whilst there were less moths (numerically and in terms of variety) than the previous night, a few different species were caught such as FFY (for me) large wainscots. Also, there were some repeat catches of certain species, though not of the same individuals, as I`d released most of the previous night`s catch in woodland in the adjacent Millennium Coastal Park well away from my garden so not to `double catch` them. 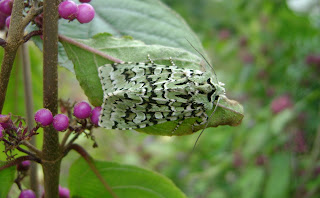 Above: as with Steve (see his preceding blog) who can resist photographing a Merveille du jour and, like him, I also caught two. 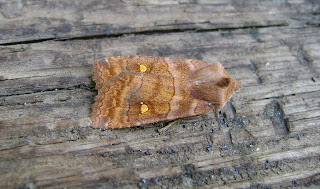 Above: a satellite (note the `satellites` around the `planet` on the wings. This overwintering species re-occurs in the spring. 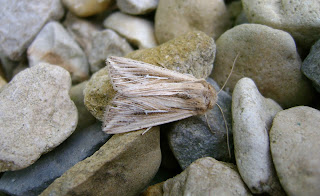 Above: two l-album wainscots were caught last night in addition to the one caught the previous night. 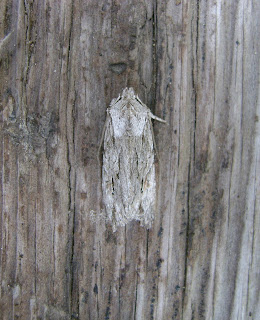 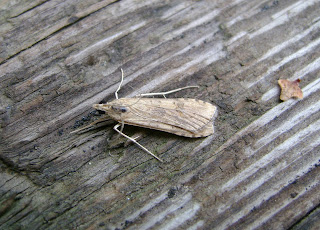 Above: I suspect that this individual was a recapture, as Friday night`s rush veneer escaped as I tried to take a close-up. 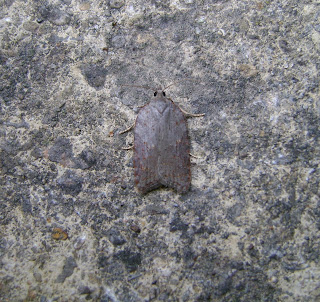 Above: one of the forms of Acleris hastiana?*
[*actually A.sparsana - see below].
It`s supposed to be cold with clear skies tonight (Sunday) - so not worth trapping.
Posted by Ian Morgan