I include below, almost as a postscript, a couple of photos of that very late footman which was caught at Pwll on Tuesday night. As - whatever species it is - this footman is quite out-of-season, I`ve checked `Atropos Flight Arrivals` but there is no mention anywhere of any current migrant footmen moths. I previously tentatively suggested a buff footman whilst Sam suggests a small four-spotted footman (also see discussion in the `comments` of the previous blog), but I have n`t a clue at present! Perhaps these two photos will further help confirm its i/d. 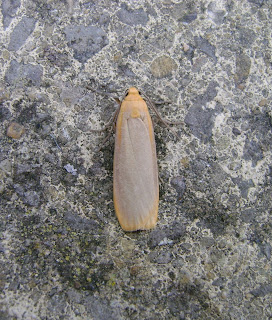 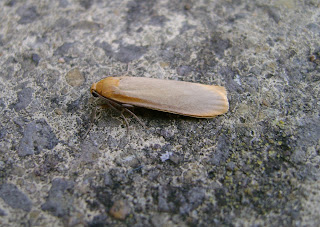 Above: the Pwll footman - length from head to tail is between 16 and 17mm.
Posted by Ian Morgan