I trapped on Saturday night 29th at my alternative village site and had a really good catch of moths, probably the best numbers I've had since the summer. There were so many moths in both MV's that it took me about three hours to process all of them.
I don't know if other people find the same but I don't have much luck with an Actinic trap. I put it out in the same garden as the MV's and not within seeing distance of the others, and I had zilch in it. Not for the first time have I had no luck with it. The garden I might add is three quarters of an acre.
Anyway back to moths. Ian was saying in a previous blog that if you caught a November moth, you might like to dissect it, well I caught 90 and the different shades and patterns were mind boggling let alone dissecting any of them, I've added a few below for interest. The books say that the three moths (Pale November, November & Autumnal) you can't tell by colour and pattern alone. After counting that many I think they will have to go down as Nov agg.
I also had 17 Green Brindled Crescents where I have only had ones or twos.
Singles of Merveille du Jour, Blair's Shoulder-knot, Black Rustic, Madder Pearl, Beaded Chestnut, Light Brown Apple, Scobipalpa costlella, Rhomboid Tortrix, Pseudargyrotoza conwagana, Dark Chestnut, Lunar Underwing, and one which I think is a Brick (3rd last photo)?
A few other micro's to go through. 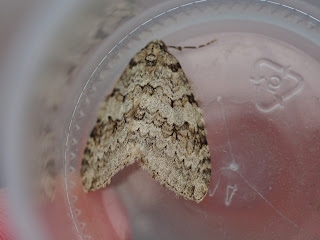 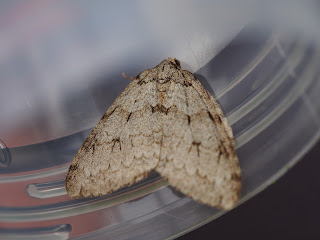 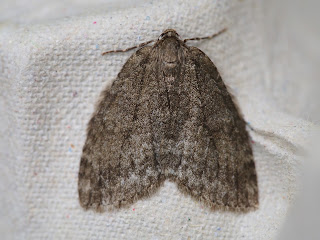 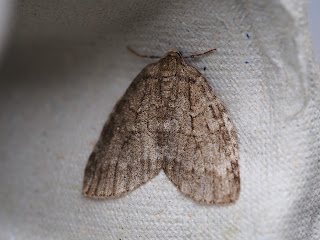 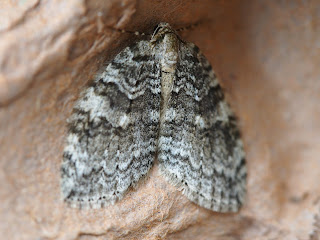 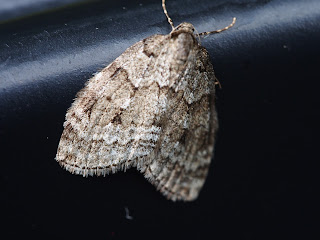 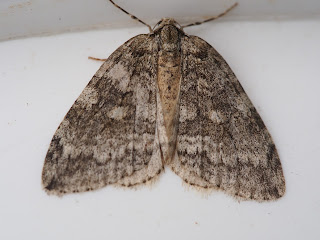 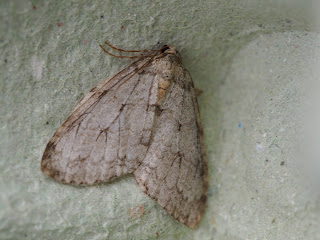 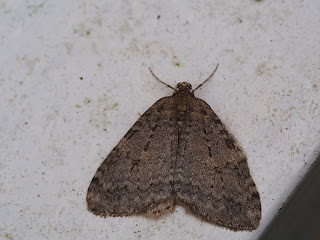 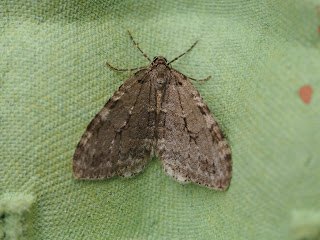 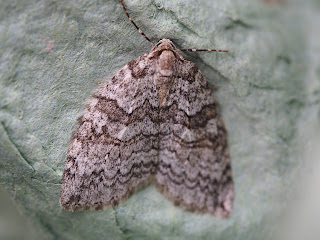 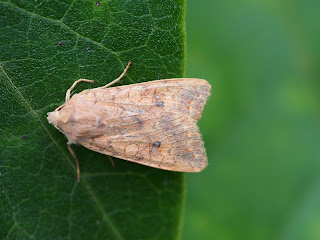 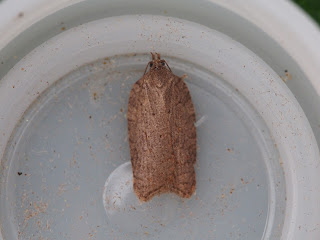 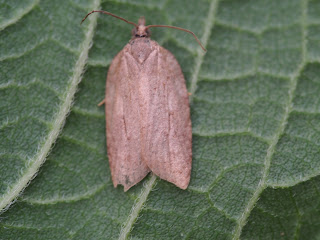