Some more (not quite so belated) sightings from Ffos Las

Looking back at my weather notes for August on the days that I have walked the full Ffos Las circuit, there have only been a very few that I have described as sunny rather than brief sunny intervals or cloud/grey, so maybe its not too surprising that most of the following photos were taken on just two days and I'll post in the order seen. 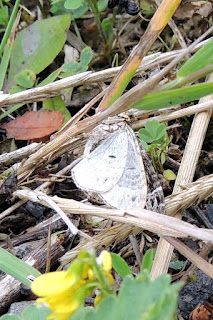 Any ideas anyone? taken 10th August 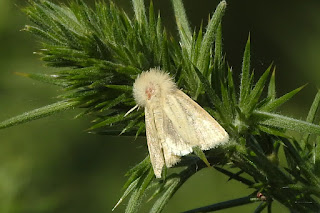 This mystery moth appeared to be sunbathing out in the open on the gorse, 15th August 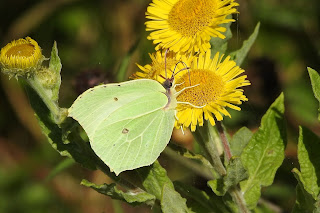 A lovely brimstone which may have come from the larva seen on alder buckthorn on site earlier in the year, 15th August 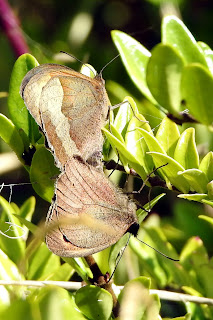 A pair of meadow browns ensuring that there should be another generation next year! 15th August 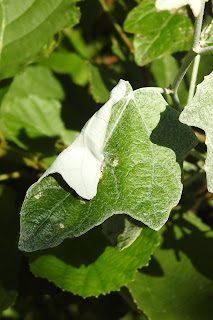 Some larva has wrapped itself up snugly in this white poplar leaf, 15th August 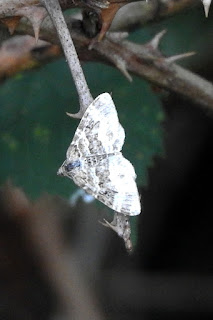 Is this a Small Argent? 17th August 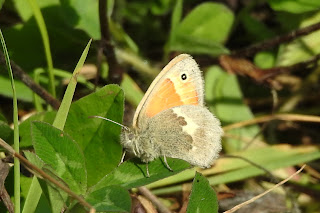 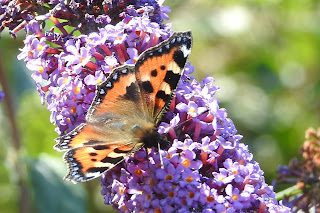 Unfortunately the small tortoiseshell has been an uncommon sight this year on Ffos Las as well as in much of the rest of the country, 29th August 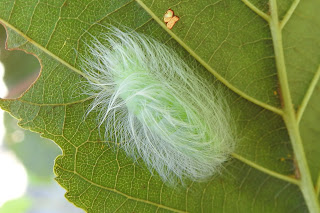 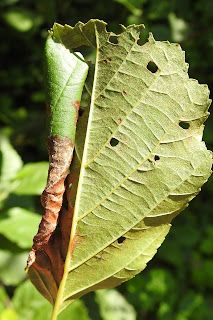 Possibly an encased miller larva as it was on the same alder shrub as the photo above? 29th August
﻿
Posted by Maggie James