I returned to the lovely bogs at Disgwylfa, near Pontyberem today to finish NVC mapping there.  These excellent, well-managed peatlands support notable populations of Oblong-leaved Sundew, White Beak-sedge and Bog Myrtle (all rare in Carms), as well as locally abundant Devil's-bit Scabious and plenty of the dung-dwelling moss Splachnum ampullaceum. 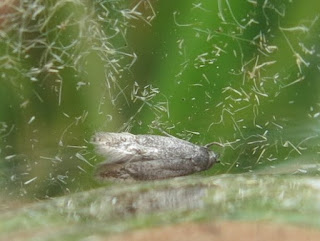 A tiny, dark-coloured Elachista appeared in one of my quadrats, sampled among Eriophorum angustifolium and E. vaginatum.  I need to check it with a book, but it looks rather similar to Biselachista serricornis. 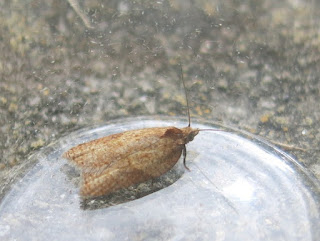 Another quadrat, among Myrica, was enlivened by an Acleris flying out.  This seems to be A. notana, which feeds on Bog Myrtle as well as Birch. 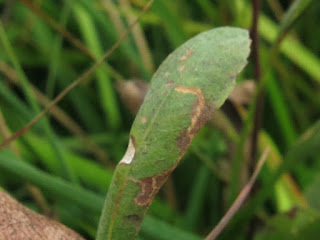 The Myrtle also had a couple of Bucculatrix cidarella mines on its leaves, and several spinnings that held tiny yellow larvae with scattered bristles.  I have no idea whether the latter might ring a bell with Ian, George or other experts. 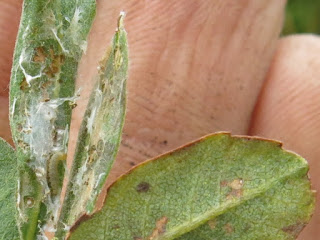 A few other mines, including Stigmella nylandriella on Rowan, finished the day.
Posted by sambbryo