Like Ian's garden record, Black Rustic was a FFY at Cwmllwyd last night. 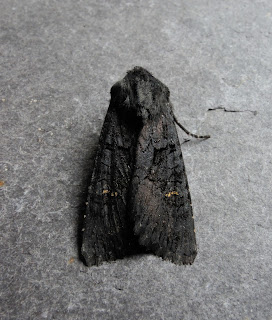 It was rather too windy, I thought, so I put the MV trap among the trees in the alder grove which reduced the disturbance locally. There were 32 species logged: other FFYs were Copper Underwing, Sallow and Lesser Yellow Underwing.

Moth of the night (a first for me) was a very pretty micro: 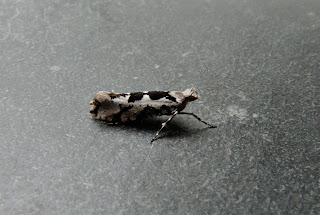 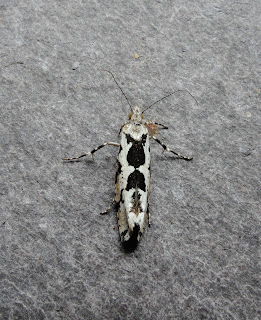 Said to be common, but only one noted for Carms in Sam's 2013 list and none at all in JB's 2006 report. So common, or uncommon here - does anyone know?
Posted by Steve Clarke