Saturday night fever was all about Large Yellow Underwings here, a total of 45 were recorded from the two traps, but a good few others sneaked past the Recorder's pencil.  There were a few other moths around though, notable amongst them FFYs Dark Sword-grass and Pale Mottled Willow: 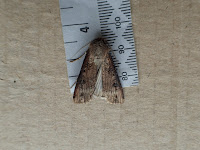 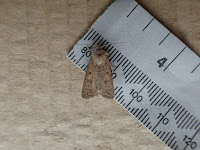 Few micros turned up, but those that did were interesting (to me!)  I think that the sit-up-and-beg one is a Gracillariid, Aspilapteryx tringipennella.  I can't name the dark grey one, but it looks like a Tineid.  Perhaps some kind person would help me there: 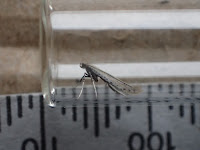 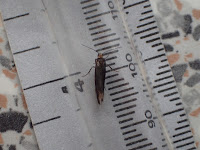 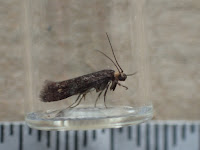 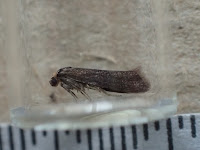 Another Agonopterix dilemma has surfaced.  I've not seen this one before, but the striated wing pattern would seem to reduce the number of options, A.nervosa perhaps? 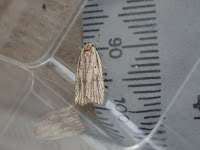 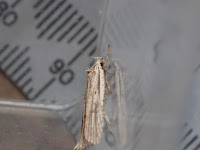 Not the moth itself, but what look like larval cases on the seed heads of rushes, quite a lot of them in the garden, presumably a Coleoptera species.  Is it possible to identify the species from the cases? 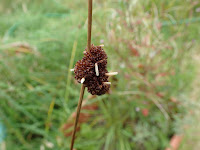