For a variety of personal reasons I haven't been able to download the photos from my big camera since mid June so here are some very out of date sightings of moths and butterflies from Ffos Las. It has bean a dreadful summer so far as far as the butterflies are concerned with numbers much lower than in previous years and some species such as wall brown not seen at all when they have been seen regularly in previous years. 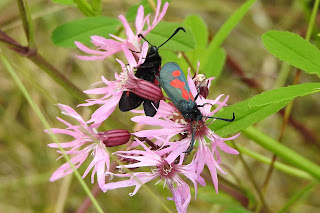 An unusually marked burnet moth which I would assume to be an aberrant 5-spot as that is the species usually seen on Ffos Las, 16th June 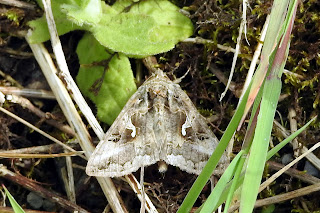 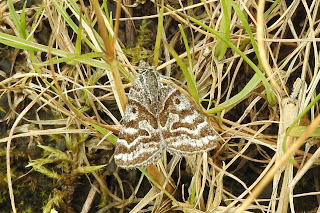 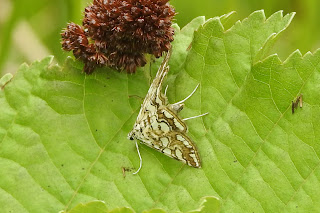 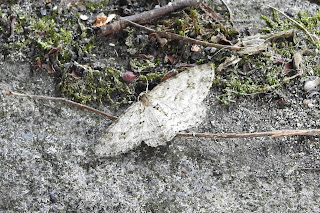 Is this a rather faded small dusty wave? 13th July. (Edit: possible engrailed, see comments below.) 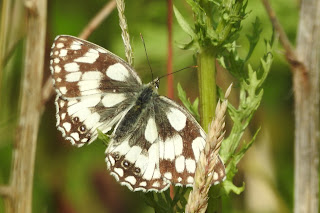 Only a very few marbled whites seen this year. This individual, 13th July 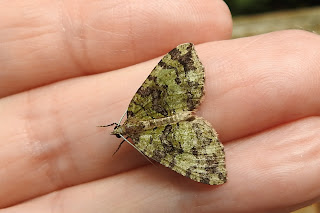 I think that this is a July Highflyer which I rescued from my greenhouse, 13th July 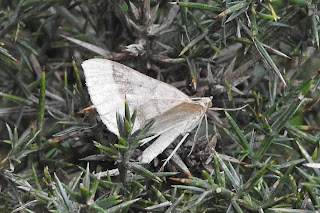 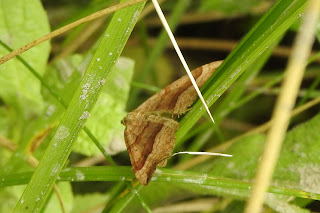 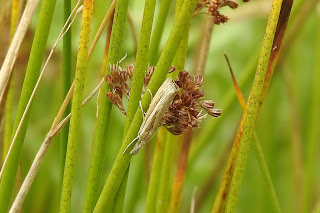 Is this Agriphilia tristella? 13th August
Odonata numbers are also well down this year, also with some species seen in previous years not seen this year. 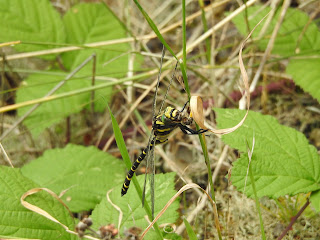 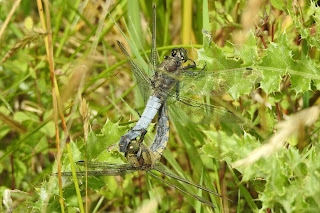 A pair of black-tail skimmers, 13th July
I know that none of the photos posted are of uncommon species, but all the moths were seen during the day and not caught in traps. As usual all corrections and identifications would be much appreciated.﻿
﻿
﻿
Posted by Maggie James