The `autumnal` early August northerly gales deterred me from trapping for much of the week but as last night (4/8) looked reasonable out went the garden traps, yielding a fair selection this morning. Seasonal moths such as black arches and four-spotted footmen are `on the up`  (respectively with seven and six each) and they were joined by species such as scarce footman (2), beautiful carpet, small rufous, yellow-tail (12) and double kidney (one each). 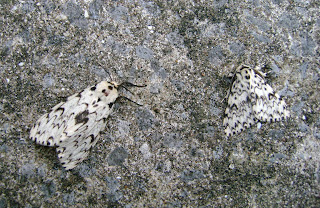 Above: female and male black arches - the female is larger, with slightly different markings. 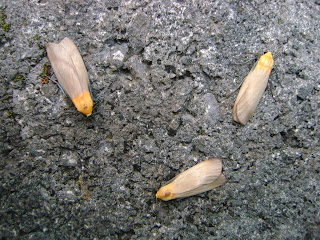 Above: three of the six rather pallid male four-spotted footmen caught. 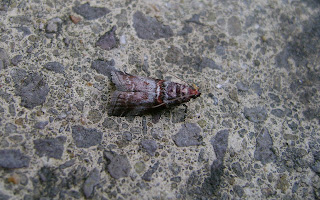