Back to the hills...

Last night (15/8) Chris Manley and I revisited the old lead mine site at Nant y Bai, Rhandirmwyn. It was not the most productive of visits even though conditions were pretty reasonable in the sheltered `cwm` alongside the stream below the mine area. The spruce-clad high hillside to the south also prevented the light of the moon from reaching the cwm - making it quite dark - but the increasingly wet vegetation was indicative that temperatures were falling and that may have influenced the catch.
I only offer a couple of highlights here but I`m sure that Chris will add some of his offerings to the blog in due course. 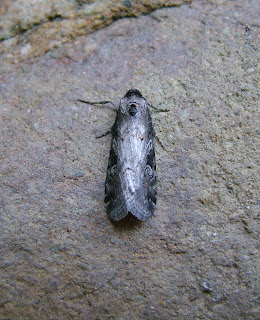 Above: a smart male anomalous (an upland species), one of which entered one of my three actinics. 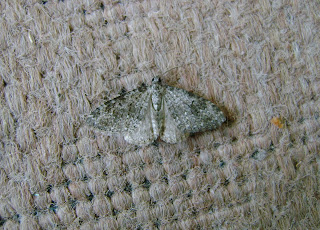 Above: a  carpet on the carpet - a striped twin-spot carpet.

Above: as this is a short blog (I`ve got work to do!), I offer this c 1920s photo of the old lead mine. We trap in the valley that cuts obliquely across the old photo, but further to the west (left in photo).
Posted by Ian Morgan