I set the trap at my parents smallholding last night for the first time for a while. The skies cleared so it wasn't as warm as it has been but there was still plenty of moths to keep me occupied. 370(ish) moths of 82(ish) species was my best of the year I think with the trap (and surroundings) dominated by 70+ dingy footmen...

Highlights for me were a couple of dark spectacles (plus a regular for comparison), 11 magpies, brussels lace, oak hook-tip, gold spangle, small rufous, lychnis, bordered beauty, FFY of six-striped rustic and antler and migrants in the shape of a couple of silver Y and a diamond-back.

Other nice moths were chevron, beautiful and plain golden y, prominents in the shape of iron, coxcomb, lesser swallow and pebble, large emeralds are always nice to see as are buff-tip, buff arches and burnished brass... 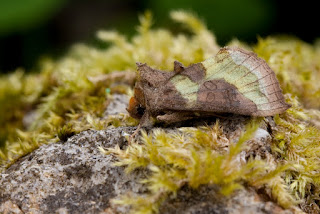 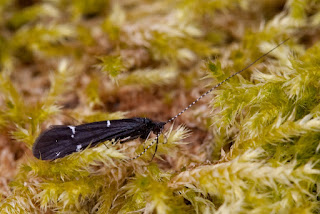