Seeing a vague cloudiness in the late evening sky last night, I rescinded (after earlier deciding that I was n`t going to trap) and set up one trap in my Pwll garden - `just in case`. Moth numbers and variety was fair (almost 40 spp. of macros) and included the first dark sword-grass of the year; two silver y`s were also present.
A Mompha propinquella (you`ll need to click on that pic to enlarge) and a female oak eggar were also in the catch (see below). 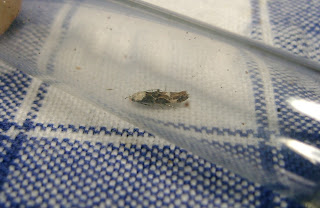 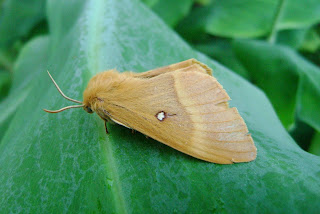