Two actinic traps, small and large, were used last night, but the sky was clear and the temperature low, as was the expectation on opening the traps this morning.  Sure enough, the catch was small and not very exciting: singles of Dark Arches, Large Yellow Underwing, Buff-tip, Flame Shoulder and Common Carpet; Double Dart x5; and - Uncertain/Rustic x6 - it's that season again! 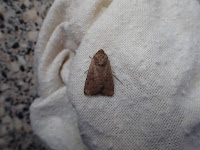 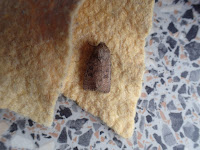 Here are two of the blighters.  I remember that last year I spent a great deal of time trying to distinguish between these two species, with constant reference to the Guide link on the blog, but I was never very confident about the outcome and may well have got it wrong as often as not.  This year I'm tempted to save myself the time and effort and record them all as 'Uncertain/Rustic'. 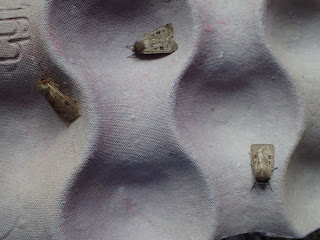 It looks as though the Double Darts may be arriving in fair numbers, as they did last year.

Please can someone help me with this Tortricid.  Is it Notocelia roborana?  I found it on a window inside the bungalow yesterday. 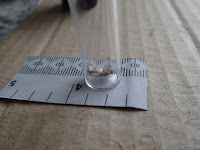 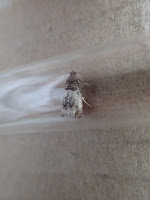 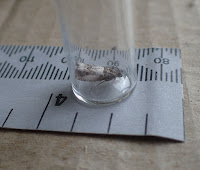 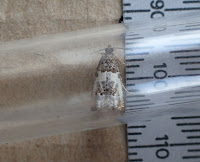 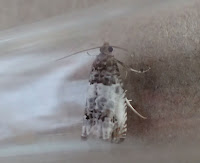