In recent email conversations with Sam and George, we all remarked how many micro-moths were caught on that wonderful trapping night on Tuesday, when presumably the warm night-time temperatures certainly enticed out the micro-moths. Whilst I could n`t make the marathon effort as made by George Tordoff, Paul Parsons and others at Merthyr Mawr, the Machynys trapping session certainly was worth the effort. I wish now that I had set out my third (and also fourth, but dodgy) actinics, as there was a long list of moths recorded that night. This quick blog will look at some the larger moths caught - macros and one pyralid. 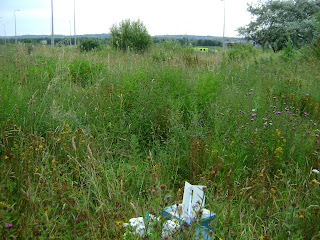 Above: as left on the evening of 9/7, one of the two actinics in a species-rich sward only yards from a busy main road (but hidden from the latter). 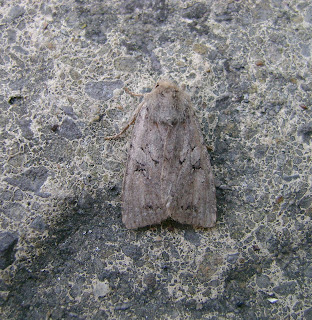 Above: living up to its name, a dingy shears, a local moth in Carmarthenshire. 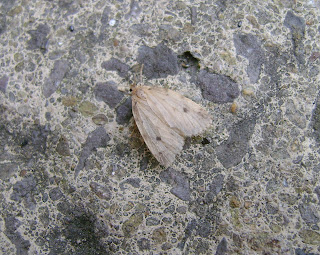 Above: round-winged muslin - there are wetland areas to the east, including Machynys Ponds and, further away, WWT Penclacwydd. The warm night induced wandering/dispersal behaviour. 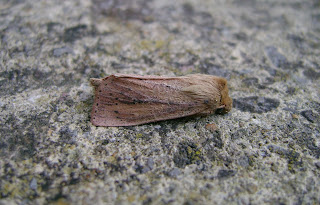 Above: Webb`s wainscot, one of several wainscot species caught and again probably a wanderer from the Machynys Ponds. 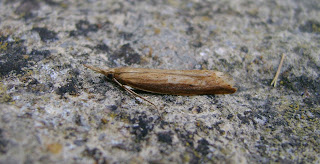 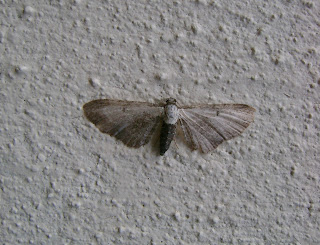 Above: in contrast,  a`dry habitat` moth,  a bordered pug. Most of the interesting micro-moths caught were those of dry, flower-rich habitats and (poor) photos will appear in my next blog.
Posted by Ian Morgan