There is a health warning with the following set of very poor grade, `record shot` photos of micro-moths in glass tubes, probably the worst that you`ll ever see! I`ll try to get some better shots in due course, if time allows. They were all caught at the Machynys brownfield site on 19th July. Some determinations are provisional and they are to be looked at further; also specimens will be kept of some critical ones. By all means correct any spurious suggestions. 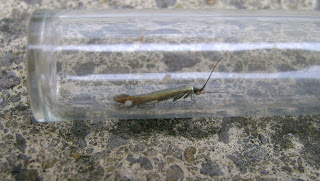 Above: one of the metallic green species of Coleophora, perhaps trifolii (it has white upper parts to the eye rim) but - I think (?)- that this species has recently been split, so a specimen is to be retained. 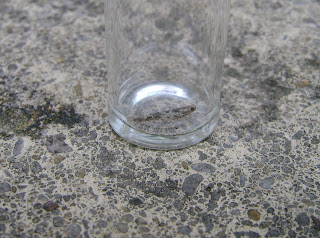 Above: one of the easier ones, the slender Batrachedra praeangusta, caught in the trap set below a white poplar. 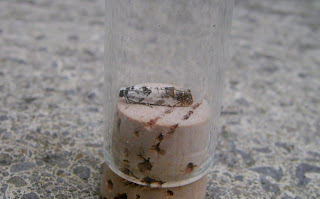 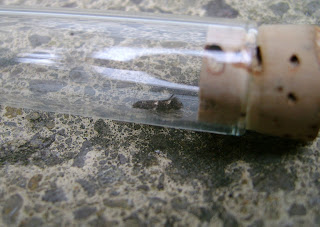 Above and below: I want to re-check this presumed Elachista. At first glance it appears to be the unlikely E. alpinella, which is associated with sedges (there`s plenty in damp hollows nearby) but I`m quite unsure/doubtful about this. I have several specimens to further check and/or retain. 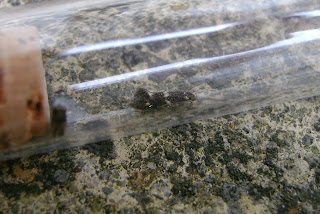 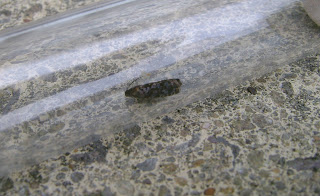 Above: another photo that won`t make it into one of Chris Manley`s books! It`s Pammene gallicana (which I recorded here last year). This poor photo does, however, show the purply iridescence of this tort - click on pic to enlarge. I caught it twice this week - one in the actinic and the other spotted by a clump of wild carrot.
Part 3 will follow soon, when I`ve sorted out some more terrible photos!
Posted by Ian Morgan