Could it be getting better?

The MV trap was deployed, as usual, in the alder grove at Cwmllwyd last night (6 July) and I was up at stupid o'clock to retrieve it before the rain began - just made it in time! The trap attracted 113 moths of 45 species, of which, 11 were FFYs. I was pleased to see three Double Lines (which seem to me to be rather late this year), as well as favourites such as Garden Tiger and Burnished Brass. Pick of the bunch, however, was probably this male Gold Swift; 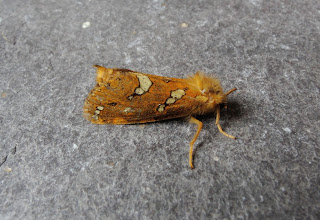 Plus a couple of micros; 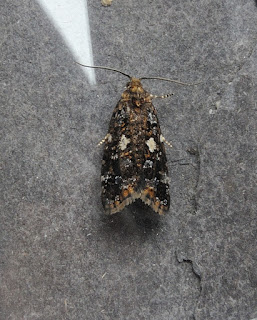 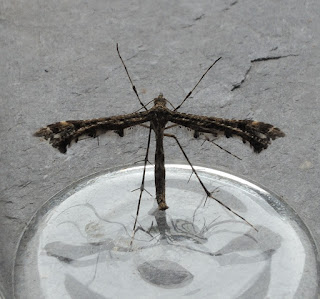 And this Brindled Plume Amblyptilia punctidactyla.
Posted by Steve Clarke