Well great minds obviously think alike Ian as I also visited Kidwelly Quay and Mynydd y Garreg yesterday (23/6). Not specifically to look for moths but I was doing a circular walk and tried to record as many inverts as possible while doing it. moth-wise I had a cinnabar, nettle-taps, common carpet, a few 5-spot burnets, some little Pseudargyrotoza conwagana flitting around their foodplant ash, a snout, a few silver Y, an Udea prunalis, a male ghost moth, a yellow shell and Celypha lacunana.

I also saw a couple of caterpillars; some Depressaria daucella on hemlock water-dropwort and this one is knot grass i believe? 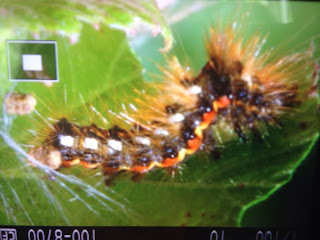 The undoubted highlight for me however was finding my first ever privet hawk moth resting on the base of a telegraph pole on Mynydd y Garreg. I know they're not particularly rare but it's always nice to get a new macromoth and this is my second new hawk moth of the last couple of months after the small elephant hawk I caught a couple of weeks ago! 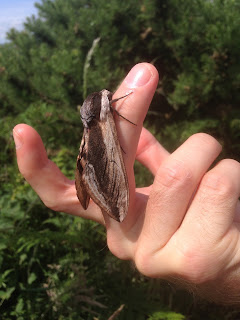