The Mayflowers are very popular with Micropteris aruncella just now, there were several courting couples on this cluster but they had dispersed by the time I had fetched the camera - obviously shy! 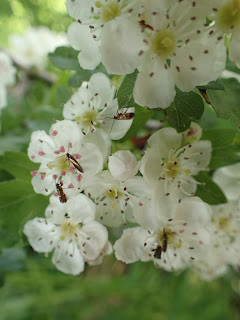 I shone the Skinner actinic trap last night but the returns were again modest, conditions initially cloudy and mild but later turned clear and cool, so not ideal.  Nothing new or unusual in the trap apart from another Eyed Hawk, or very possibly the same one that visited yesterday's trap.  I have compared photos of the two moths and can see no obvious differences in the wing markings.  Todays moth was less pink-tinged, but one might expect the pink colour to fade with time. 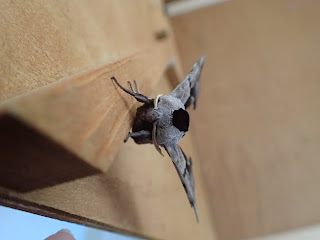 I will give the traps a rest tonight to give the moth a break from capture!