A rather hasty post - I had a couple of traps out at home last night (25/6, with some micros not yet looked at) and also two actinics at an allotment site at Llanelli. Unless one of the micros proves interesting, there is not a lot to report for both localities, though there was actually a moderate array of common seasonal moths.
Of some interest at the allotment site was a single small elephant hawk-moth, a poplar grey and the season`s first clay and lackeys. 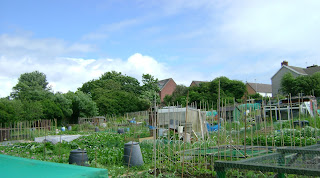 Above: the urban allotment trap site, at Bryntirion, Llanelli. 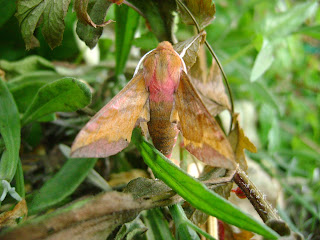 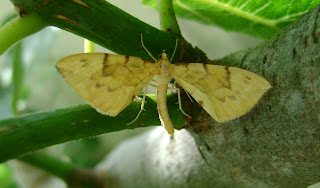 Above: when I saw this moth, I pursued it to see if it was a spinach (a now-rare moth which feeds on blackcurrant leaves as a caterpillar - a plant that is grown at the allotments), but unfortunately it was the superficially similar barred straw.
Posted by Ian Morgan