Expecting poor weather tonight and tomorrow, I decided to do my bit for National Moth Night on Thursday. The vast numbers of midges at 03:00 this morning undoubtedly affected the numbers of moths counted outside the MV trap at Cwmllwyd and some moth species may have been missed altogether. How did midges affect moth numbers? They didn't, but they proved to be a huge handicap to this observer attempting an accurate count. I was saturated in DEET, but it did not stop the assault of the midges. DEET seems to stop them biting, by the way, but once you've got a cloud of them in your face and in your eyes, it's time to give up, I think. So I switched off the lamp, put a lid on the trap, carried it to the front porch and left the contents in situ until daylight. Even so, I managed to find 44 species outside the trap before turning in at 04:15.

I have now worked through the contents of the trap and the count has reached 330 moths of 72 species with 11 FFY. On opening the trap a first glance showed this: 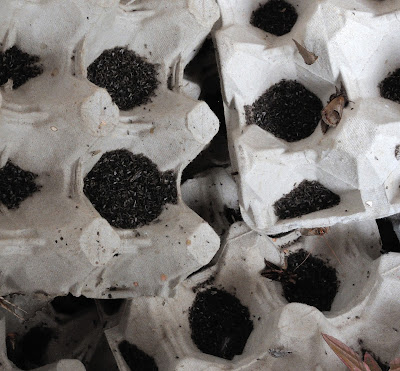 Midges - thousands of them!

There were 6 species that on Sam's checklist are listed as scarce or rare: Campion x6, Small Elephant x 5, one Miller, one Waved Carpet, Dark Brocade x 2 and rather surprisingly , two Narrow-winged Pugs. 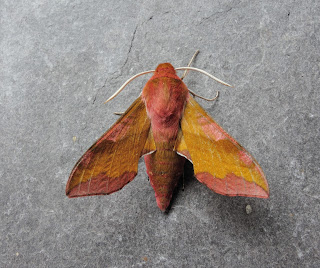 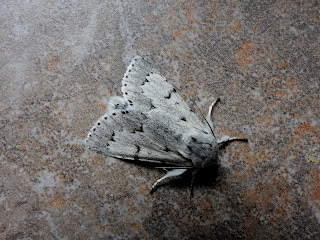 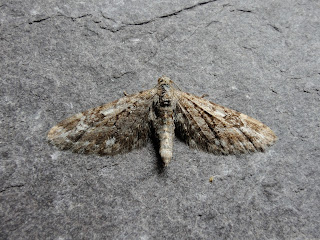 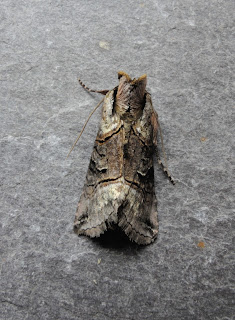 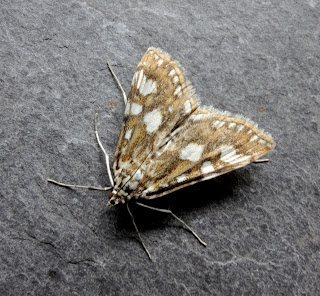