It's a while since I posted anything, which doesn't mean that I've been inactive - I trapped on all three NMN nights - but there was nothing in the catches of particular interest, and time is at a premium here at this time of year, at the peak of the growing season, and after spending so much time going through the traps and identifying the contents, I simply have to get back to other things.

Enough of domestic issues, I put the MV out on Monday night, a dry and mild one, and was rewarded with a reasonable return of over 30 species, which is not bad for this location.  FFYs included a magnificent Green Arches and a couple of equally striking Double Lines: 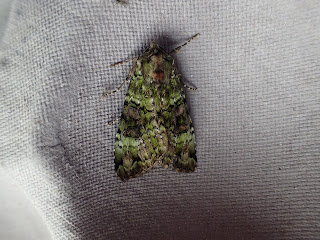 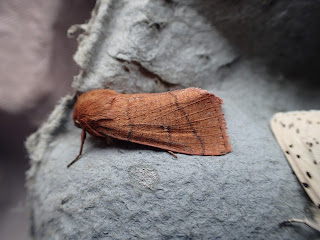 Less striking but interesting nonetheless, the woodshed threw up another micro which I can't put a name to immediately, although I suspect that it's a Tineid: 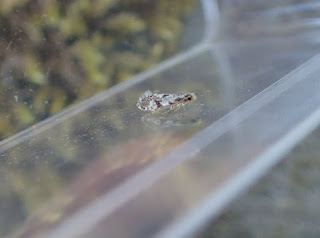 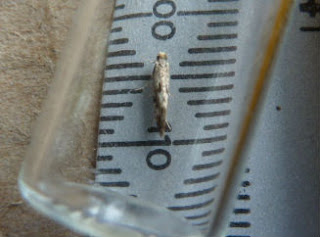 I shall continue to research it when time permits, but meanwhile any suggestions would be welcome!
Posted by Chris Handoll