I trapped last night at my alternative site and ran two MV's and an Actinic.  The Heath trap didn't produce as much as I'd hoped, but two Poplar Hawk-moths did squeeze in with 7 other species.
The first MV I put on the back lawn and it attracted a lot of carpets and waves.  I had 6 Poplar Hawk-moths and about 66+ species, I haven't got to grips yet with all so the final tally will be higher.
The best moth was Cream-bordered Green Pea (see below). 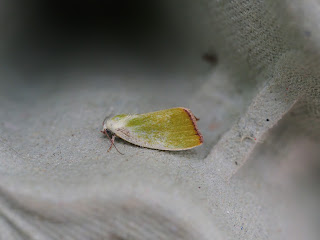 Two Red-necked Footman were in each MV. 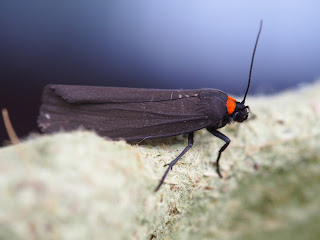 The other MV I put facing the front lawn and beach area, where I had 2 Privet Hawk-moths and an Elephant Hawk-moth, and 46+ other species.  If I hadn't run the two electric traps then I wouldn't have had as many species. Some of what I had in one I didn't get in the other.
Two I'm struggling with so help is needed, as always many thanks. 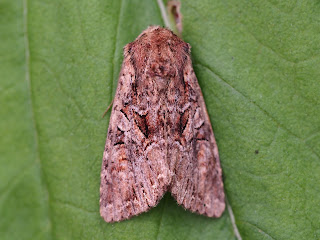 This one I think is Yellow-barred Brindle? 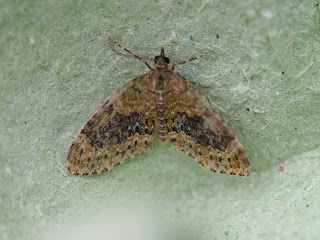