Ffos Las: the next generation

Its great to see the first individuals of several species of butterfly appearing again this season.  I know that they are common species but they are a welcome sight none the less. It is also good to see species that have been around for some time working towards producing the next generation. 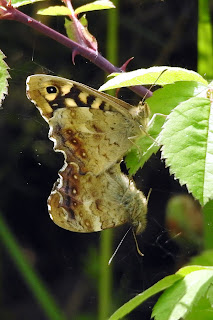 
I was walking at the eastern end of Ffos Las on 6th June when I saw a pale butterfly out of the corner of my eye which I initially thought was one of the whites so I didn't pay much attention until it started to oviposit on alder buckthorn which certainly isn't a brassica! It was the palest female brimstones that I have ever seen and unfortunately I didn't manage to get a photo of it. However investigation of the shrub revealed some well grown brimstone caterpillars as well as a couple of eggs, photos below. 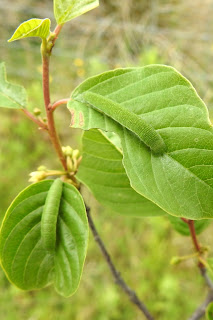 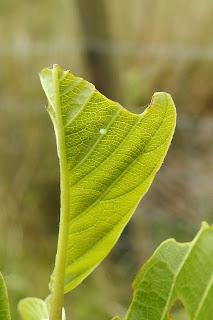 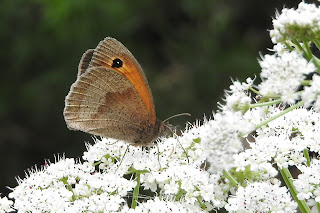 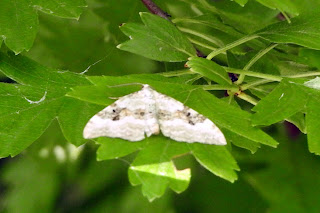 I think that this is a silver ground carpet moth, 7th June 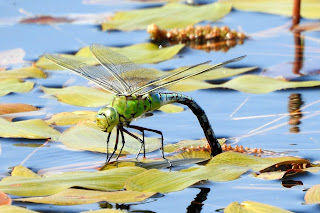 The dragons and damsels are out in good numbers now on Ffos Las. This is an emperor ovipositing on 7th June 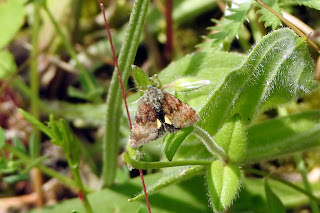 This is a not very good photo of what I think is a small yellow underwing, 8th June 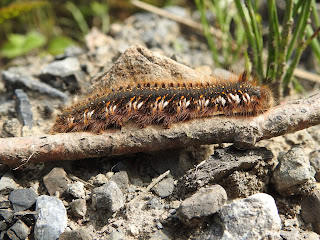 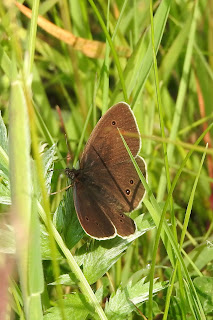 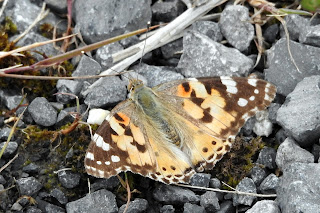 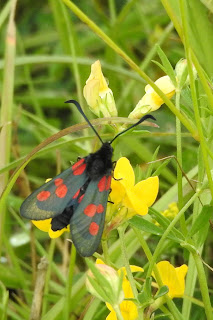 I've seen a few of the bright yellow chrysalis cases of the 5-spot burnet moth over the past couple of weeks but this is the first adult that I have seen this year, 13th June

As always any corrections or additional information are gratefully received.
Posted by Maggie James