An abundance of moths....

I put out six traps last night: MV at home (Pwll, Llanelli); actinic at the edge of mixed conifer/deciduous woodland on the Stradey Estate; another actinic at a woodland edge site on the same estate; actinic at a rank Molinia/birch site to the SE of Mynydd Sylen and, finally, another actinic at allotments in Llanelli. As one has to at this time of year (with bird predation a problem at my home trap), I was up early - by 4.30am. It was starting to rain, so I quickly retrieved the home MV from its roof-top position and covered it with a mini-poly tunnel, so that I could rush to get the other traps that were obviously `away from home`. Fortunately, the rain did n`t develop.
All the traps, including the actinics were full of moths (and varying amounts of midges!) - it was the heaviest `yield` so far this year. It took a long time to `service` each trap and the subsequent `processing` was also quite extended. I have n`t had a chance yet (all my records are on paper until I input and submit them at the end of the year) to total up the number of species, but it will be significant. Some interesting records were made, which included a 2nd Carmarthenshire record of cypress carpet (the first being made by Colin Jones at Troserch, Llangennech in late October 2012); Anania stachydalis (as with the cypress carpet, one that I`ve been `waiting for` for a long time); clay triple lines; waved carpets; dusky brocade; broom, dingy shell, scalloped hook-tip; common lutestring, double line; and the micros Batia lambdella, Pyla fusca, Argyresthia cupressella and Rhyacionia pinivorana. I still have more micros to look at. 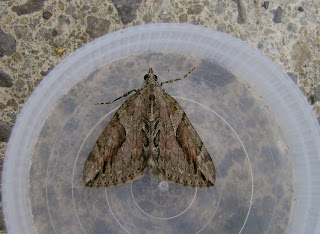 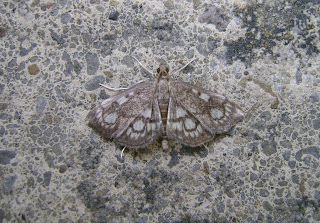 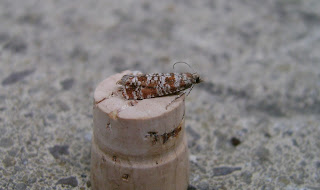 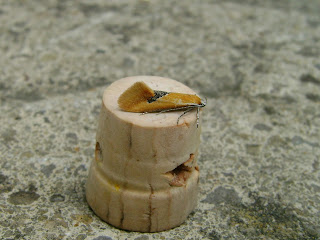 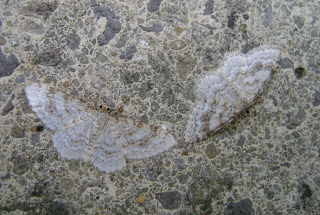 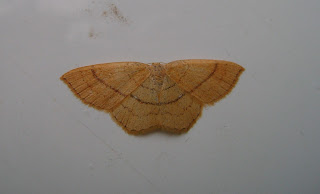 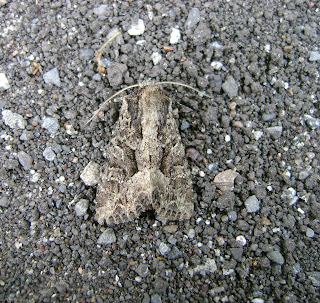 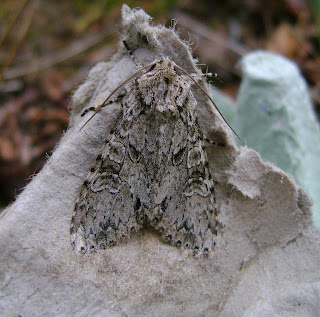 Above; grey arches (a common species). 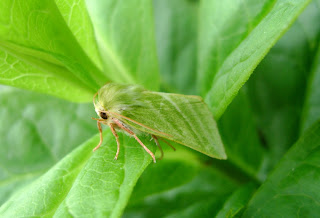 Above: green silver-lines.
Please do trap tonight (Friday 10th June) or tomorrow night; there`s some chance of a light shower but the rain won`t put off the moths! Good luck.
Posted by Ian Morgan