There were moths flying at about 21:00 last night (04 June) so I ran the MV trap in the "garden" at Cwmllwyd. But by midnight there seemed to be rather fewer moths than I thought may arrive and as there were thousands of midges again, I left the trap to work its own magic and retired for the night.

This morning, however, I could not believe my eyes - there were 75 moths of 29 species outside the trap! The total count reached 277 moths of 69 species, with no fewer than 30 FFYs!

There were large numbers of the oddest things - 25 Scorched Wing, 8 Oblique Carpet and 16 Alder Moth, for example.

Here are a few illustrations: 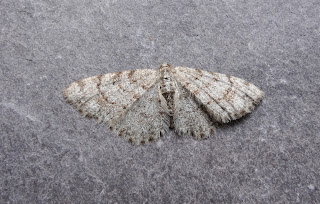 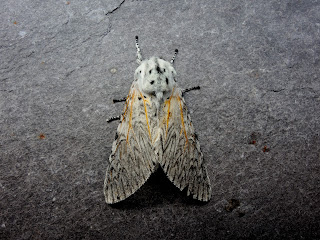 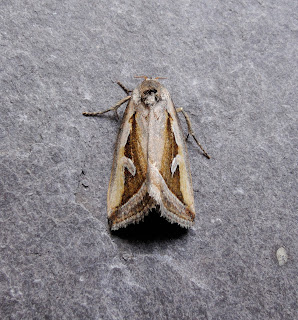 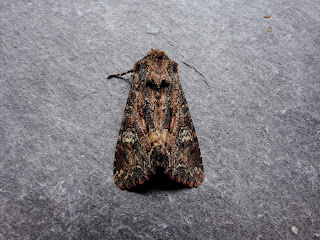 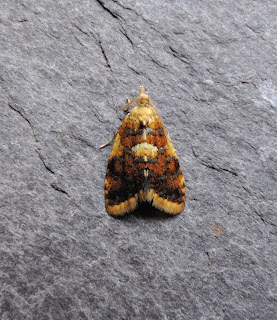 And not uncommon, but very pretty and I love the name: Pseudargyrotoza conwagana!
Posted by Steve Clarke