The garden trap once again...

Last night (12/5*), I had intended to go out trapping (ie leaving my actinics out somewhere overnight) but forecasted clear skies after midnight put me off and I compromised by only doing a garden trap (just one 40W actinic).
In the event, there was a good variety of moths - but all macros and I suspect that the colder conditions put off the micros. There were a few FFYs including an alder kitten. Least black arches are having a good year with increased numbers and waved umbers have been caught more frequently in my Pwll trap this year too. Adam Dare has also been catching the latter moth at his Burry Port trap site and on the previous night (11/5) he additionally caught a pale mottled willow.
(* It was 12/5 in spite of the automatic day/date header stating Thurs 12th May etc., presumably because I wrote this account so early (c 6.30am...`quick processing`!) 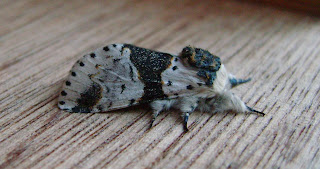 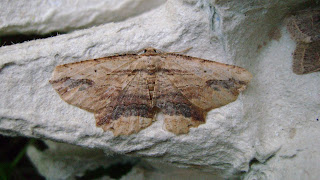 Above: yet another waved umber. 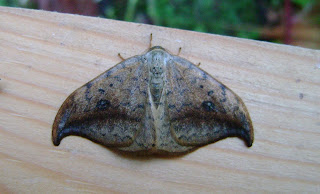 Above: one of last night`s FFYs - a pebble hook-tip.
Posted by Ian Morgan