Even though conditions were good last night (11/5), I was too tired (and with another hard day in front of me) to trap away from home, so out went a couple of traps in the garden instead. I`m able to trap at other sites tonight but the weather looks less suitable, so we`ll see.
There were plenty of moths in my Pwll garden traps with four FFYs (the latter being all common species). Of interest was a migrant in the form of a single silver y, and another pine beauty whilst one micro that was caught seems to be Callisto denticulella, an apple (leaf) feeder with two other county records according to the 2013 list, the last one being back in 2004. I`ll re-check the det. later when I have some time. 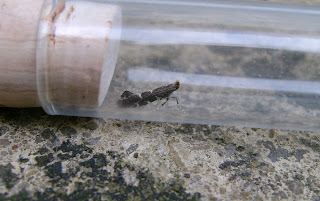 Above: a quick, provisional check suggests that this is Callisto denticulella. 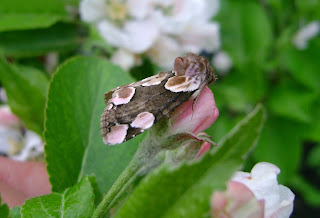 Above: one of the FFYs - a peach blossom. 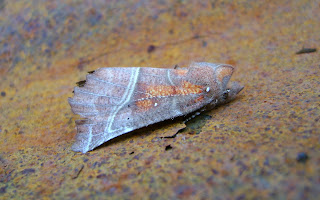 Above: another easy to identify moth - a herald. 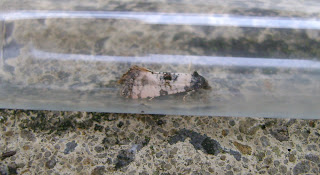