Not a lot going on

Like Ian I trapped on Wednesday night with much the same outcome, very few moths around. Flame, Silver Ground and Water Carpets, 2 Hebrew Characters, a 20 Plume, and a pug believed to be a pale version of Foxglove Pug: 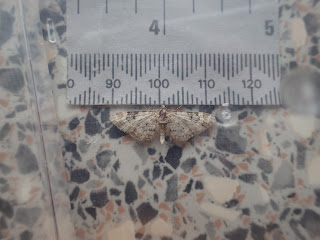 That was all from the trap, but during the day I came across a Woolly Bear in the garden, the first I've seen for many a year in spite of the fact that Garden Tiger Moths are quite common here (and almost everywhere else!) 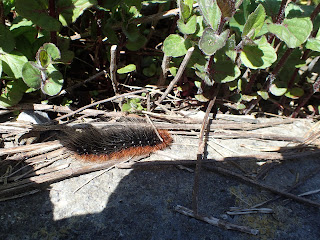 It was fully-grown and presumably looking for somewhere to pupate, so it might be a little while before the moths start to appear.
Posted by Chris Handoll