The last two nights have been reasonably productive, and it was nice this morning to find a Great Prominent resting on the wall close to the trap, together with a stunning Nut-tree Tussock. 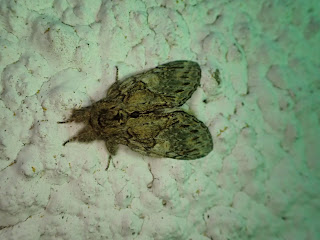 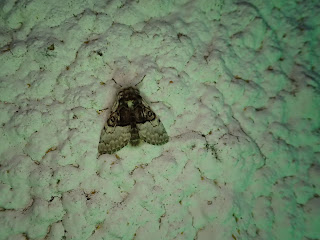 Other FFYs were Herald, Iron Prominent, Flame Shoulder, 3 Pugs which I'm reasonably sure are of the Brindled sort, and a Coleophora which will probably have to be recorded non-specifically: 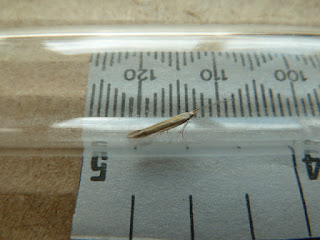 Regarding the small grey micro reported in my last blog, I've made little progress in establishing its identity other than to show that it's unlikely to be Swammerdamia pyrella, which has a distinctive white head.  Two more photos are appended in the (somewhat forlorn) hope that they might resolve the issue. The ground colour appears to be uniformly grey with a hint of copper at the terminal fringe. 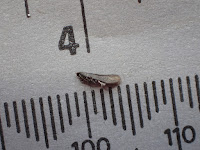 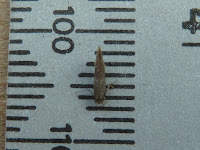